Getting involved in active ageing 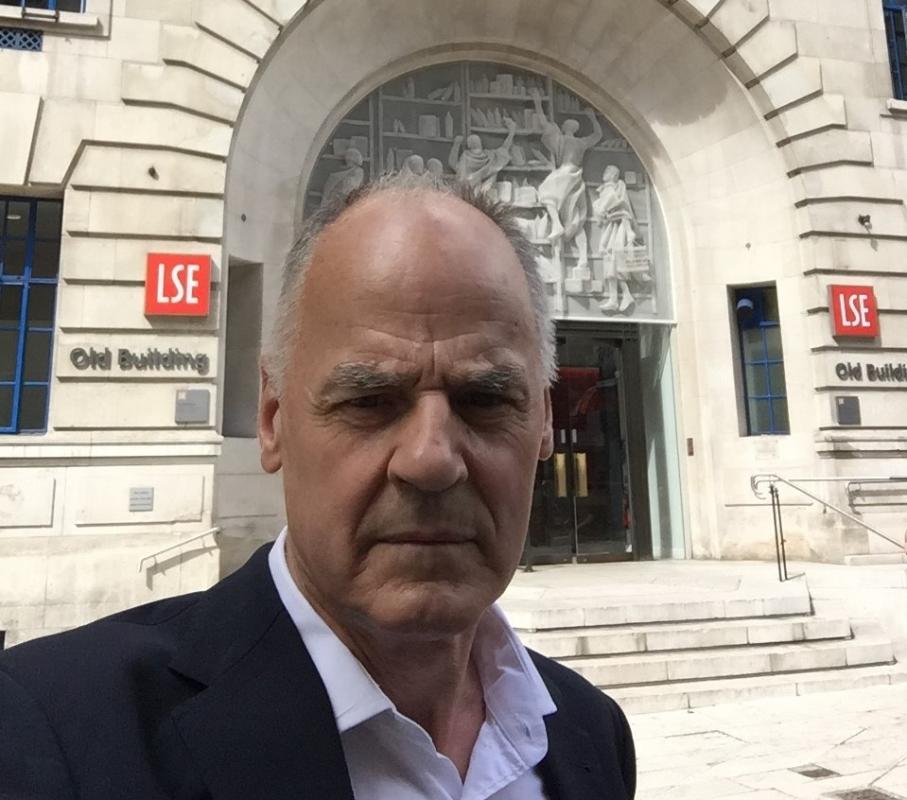 In my drawer of assorted tee-shirts is a well-worn one carrying the slogan, “Get Involved” replicated in 24 languages! It is a relic of the 2012 European Year of Active Ageing and Solidity between Generations, (EY2012). How many miles have I run in it, biked in it, hiked in it? I suppose I have, in some way “got involved.”

What I mean is that, for me at least, active ageing has marked an attitude to getting older. 15 years after my own “retirement” as an officer of MSF (now part of Unite) I am working for Newcastle University and CROW – the Centre for Research into the Older Workforce. My move implements a long dormant “plan B”, happening 29 years after gaining a PhD which belatedly opened the gate for a “later life career transition” into academia. Lifelong learning, at long last, paid its dividend!

Here at Newcastle and with European partner organisations, we have been delivering a project called ASPIRE, “Active ageing through Social Partnership and Industrial Relations in Europe,” funded by the European Commission. Engaging with employers and unions in Spain, Italy, Poland and the UK, we have been researching how far they collaborate in support of “active ageing.” What changes did union reps and employers think were needed for people to, “…stay in charge of their own lives for as long as possible as they age and, where possible, to contribute to the economy and society”[1]?

These words define active ageing in a Framework Agreement signed by Europe-wide organisations of employers and unions (including the ETUC) in 2017. But if active ageing includes working in later life, it is not limited to that. The World Health Organisation in 2002 made this clear in a definition, emphasising, “…the process of optimizing opportunities for health, participation and security in order to enhance quality of life as people age.”[2]

Hence, there are economic, health and social aspects to active ageing. If people live for their work, and are consumed by it, what is there left to live for when they retire? What changes at work could give active ageing a better chance?

Comments from union reps in our workshops were revealing. Take this exchange on the subject of how workers move into retirement:

Union Rep 1 (Construction sector): “… with someone retiring, they just disappear, and that’s it, you say, ‘I haven’t seen him for a while.’”

Rep 1: “I knew a machine driver who spent 45 years and he loved the company….He worked for them on Friday, he didn’t work for them Monday. No acknowledgement of the service, no hand shake, that’s it, you just don’t work for them no more. They told him, ‘You’re pension age, you can go now.’ They may as well have said, ‘You are a resource, you are like that digger over there, you are a resource and we don’t need you.’”

The idea of the worker as an expendable resource, is offensive and surely must be challenged in every possible way if we are to live and age humanely and actively.

Much has been written on the subject of demographic change and the necessity of making work do-able for people who need to work longer. Here in Britain, 1.3 million people over 65 are working. Of these, nearly half a million are over 70. On the other hand, many are forced by health and personal circumstances to quit the workforce early and there are no statistics to show what proportion of the over 65s would prefer to work, rather than retire abruptly, providing the right jobs and conditions were available.

The missing element in all the policy discourse has been social dialogue. The Government’s “Fuller Working Lives” policy contains numerous ideas under the “recruit, retrain, retain” slogan, to encourage employer support of older workers, but nowhere is there any indication that discussions need to embrace the workers or their trade unions. Instead, the policy emphasises the duty of employers to, “do the right thing,” which in the main, they haven’t.

The bargaining table in most organisations has been bare of proposals that would make a difference to sustainable ageing. Given the opportunity, as in the NHS Working Longer Review, unions and employers have worked together creatively. Partnerships and supportive union reps have a vital part to play, as is demonstrated by the impressive work unionlearn is doing with the Mid Life Review and other learning projects. Campaigns on issues such as the menopause or the challenges facing working carers, all demonstrate that unions are indeed working successfully in this area, though there is more to be done.

No one can say that British workers are not interested in active ageing - our workshops showed that reps had ideas and enthusiasm for change, though there were also gaps in their knowledge and some lack of understanding of how best to use their legal rights to put active ageing on the agenda.

Policies to support active ageing, must involve learning, design of work, career development, health and well-being issues and a great deal more. There are some companies like Aviva which have done good work, but the same companies are always the cited examples, suggesting most employers have little to shout about.

In theory, the framework agreement should be giving a boost to partnerships to boost active ageing. One might have thought that two years after its conclusion, some progress would be visible, but our ASPIRE workshops showed there was scarcely any awareness of it among either union reps or employers.

Despite much rhetoric of how workforce ageing is number one priority on company change agendas, the implications of workforce ageing are not discussed in consultation committees with employees. Even a recently published Acas guide, “Age Discrimination: Key Points for the Workplace,”[3] makes no comment on the importance of such consultations in eradicating the deeper causes of age discrimination.

In contrast, a 2012 survey by TAEN of European employers in the chemicals sector, found 56 per cent of employers claiming to have discussed the issues of demographic change with their works council representatives. Clearly, some countries are doing better than others.

In Finland, Sweden, Germany and the Netherlands, collective agreements around demographic change have been negotiated. These examples set out an agenda which can be usefully adopted to make a reality of “age equality”, “active ageing” and other such noble ideas.

Against this background, there is a powerful case for union reps and employers to become better versed in the issues around demographic change and active ageing. What are the issues that will be faced in each organisation? What tools might be available to throw light on the challenges? How could employers make the “business case,” for specific interventions such as changes in working conditions or equipment which helps people with health conditions to do their jobs? What kinds of learning and career guidance might support career changes in later life? The list is long, though how to co-ordinate such issues in a holistic focus on active ageing, is a central point.

The ASPIRE project has produced an on line learning platform and training course package containing good practice fiches, videos and a wealth of explanatory material. We are currently refining this to introduce more interactivity and an attractive layout - we will be soon be publishing a polished version. In the meantime, we are ready to work with union organisations who might see a role for such a course in their training programmes. We would value your feedback and help in taking the ASPIRE project to the next phase.

Pausing on the brink of Brexit, we might ponder how campaigners for workers’ rights will cope without those “European Years.” Their titles have occasionally verged on the whacky, but they have helped raise consciousness. Any number of slogans could have served in place of “Get Involved,” for the European Year of Active Ageing. “Get together and talk about it,” might have been a good one.

Read the reports of the ASPIRE project and view the course as it stands.

Dr Chris Ball is a Research Fellow at Newcastle University and CROW and Honorary Expert Associate with the National Innovation Centre on Ageing (NICA).

END_OF_DOCUMENT_TOKEN_TO_BE_REPLACED

Supporting workers facing redundancy
Mary has recently been supporting members facing redundancy…
END_OF_DOCUMENT_TOKEN_TO_BE_REPLACED
Promoting union learning - a handbook
A handbook for union learning reps (ULRs) and reps involved in…
The Lockdown Learning Rep is now out
In this special Covid-19 edition of the Learning Rep e-magazine…
Latest programme of Lockdown Webinars announced
The subjects covered in the webinars range from Study Skills to…
Geoff builds online skills and confidence thanks to his union.
Geoff first heard of Learn My Way after being given a leaflet…
Study Skills to be the focus of unionlearn webinar
With the lockdown now might be the best time to return to the…
Retired Tony cooks up some learning thanks to the FBU
Tony Purnell recently contacted the FBU Learning Centre to see…
Nominations open for 2020 ULR of the Year awards
Unionlearn is asking unions to put forward ULRs who have made a…
Copyright © 2020 Unionlearn. All rights reserved.
Copyright © 2020 Corporate+. All rights reserved.