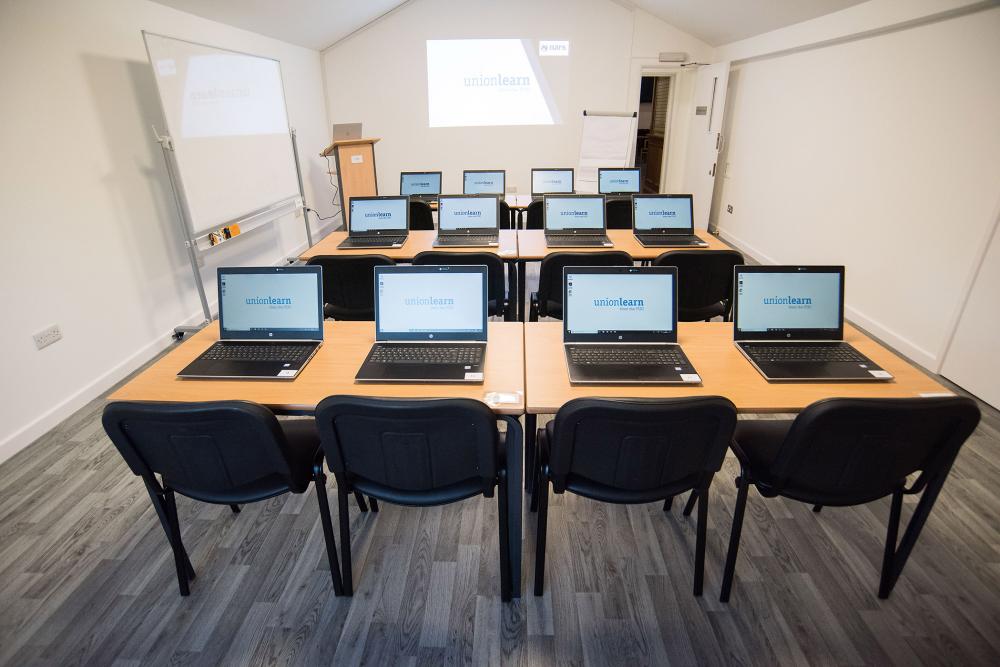 Staff retention has been at the forefront of news in the industry for some time. While various reasons for problems retaining staff have been considered, it is hard to pinpoint just one.

NARS felt it was important to be able to provide the industry with some training for staff on how to be effective mentors and manage the team positively. The idea was to educate the staff and for them to gain a qualification in the process, as many of the staff who took part were already doing this within their role but without the recognition.

Upon completion staff would be awarded two Level 2 certificates, one in Mentoring and one in Leadership and Team Skills. Jenningsbet kindly offered to fund this project and in September 2018 and February 2019 the first two courses began.

Both were filled with a variety of staff, all with different roles within yards and all with a range of industry experience. The uptake for the course was excellent and the results even better! The feedback from both courses has been outstanding, not only for NARS but also for West Suffolk College who delivered the course. We are incredibly pleased that not only are the completed learners now qualified and recognized mentors in the workplace, but that they also feel a lot more confident to deal with situations when they arise within the organization. The end of course survey showed that 83% of the learners felt it was a worthwhile course, and all would recommend the course to others.

When asking the learners how they felt this course would benefit them moving forwards, the points made were;

• A more structured approach to management

• Dealing positively with situations in the workplace

• Easily transferable to different roles in the industry

• More able to help staff if they need coaching or mentoring

• Better placed to advise on procedures in the workplace

From the cohort of learners on the first course, two participants were employees of William Haggas’s yard, Tina Jacobs and Claire Knight. Both already had roles which saw them working closely with staff and new members of the team, both essentially mentoring staff within the workplace but without the recognition or qualification.

Their work throughout the course was outstanding and because of that the Tutor nominated them both for The Employer Training Leadership Award at West Suffolk Colleges Celebration of Achievement Awards 2019.

The evening was held at The Theatre Royal in Bury St Edmunds, where Tina and Claire were joined by their families to receive their awards. It was understandably a very proud moment for both of them and really showcased all of the hard work they had put into the course.

During the introduction for their award the two words used to describe their work on the course by the Tutor were ownership and respect, both very fitting. NARS were thrilled for Tina and Claire that not only had they passed the course with flying colours but that their hard work and enthusiasm were noticed and rewarded by the Tutor.

NARS are delighted with how successful the first two courses have proven to be and will be delivering the next Mentoring, Leadership and Team Skills course in Lambourn in 2020.

Dominique Tortice is the Union Learn Project Assistant at the National Association of Racing Staff (NARS) and has worked within the racing industry for 15 years, in that time she has had various roles. Dominique assists with providing free training courses to help racing staff improve their qualifications and training.

END_OF_DOCUMENT_TOKEN_TO_BE_REPLACED

New demands on digital skills
The Lloyds Bank consumer digital index 2020 was released on the…
END_OF_DOCUMENT_TOKEN_TO_BE_REPLACED
Industrial Strategy Council report highlights union contribution to skills
A report issued today by the Industrial Strategy Council -…
Engage: taking control of your career
Lucy Thompson tells us about Enginuity's Engage learning…
Learning and Skills Policy Update - May 2020
This newsletter is intended to keep unions and other…
TUC proposes ambitious training plan in job guarantee scheme
The TUC report says as part of a new jobs guarantee:
Government launches new online learning platform to boost workplace skills
According to the
Setting Up A Learning Centre
A learning centre is a huge asset to any workplace learning…
Learning Rep - Spring 2020 Edition
In the latest edition of the Learning Rep e-magazine, we have…
Copyright © 2020 Unionlearn. All rights reserved.
Copyright © 2020 Corporate+. All rights reserved.