I grew up in a working class household on a council estate in east Kent. My dad is a joiner, my mum was – until her recent retirement – a teaching assistant. 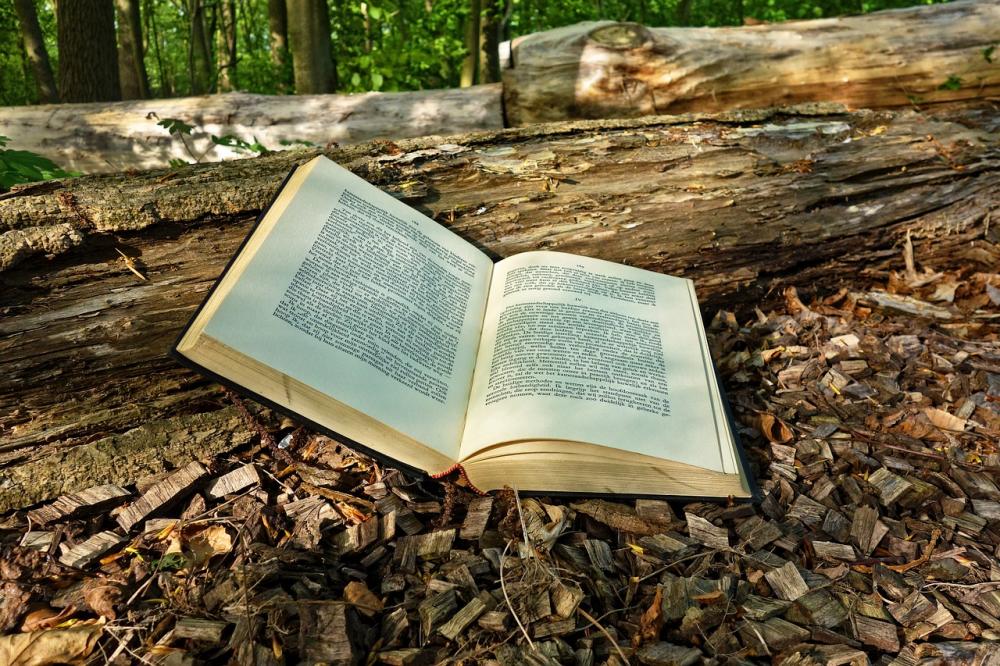 Books were always abundant, and treated with reverence. I can remember the worst telling-off I ever got from mum was for drawing in a Peter Rabbit book she had bought for us children when we were aged no more than 4 and 5. She was motivated partly by nostalgia I think, for how she herself had learned to read. The ferocity of her reaction was only matched by its sadness – we had defaced something much more than the white spaces in a book with clumsy crayon strokes. We had somehow defaced the past - and reading as well, and all that it meant. Needless to say, in the face of her abject horror, I never did it again.

Learning to read was inevitable in our house. There were rows upon rows of books, procured from second-hand bookshops, boot sales and jumble sales.  Not just books for kids – also Haynes manuals, replete with greasy thumbprints courtesy of my dad, magazines such as Woodworking World and a pile of Bellas with their cryptic knitting patterns for mum. Our completely atheistic family also had a bible from the sixteenth century with silver buckles on each corner and a dedication in flowing incomprehensible script.  It had “f’s” instead of “s’s” which was the source of great amusement.

Its arrival on the shelf didn’t puzzle me – it was a book, regardless of subject, which elevated it to a position of importance. I later learned my dad had received it as part of a swap for a pair of binoculars. The barter economy was reasonably common in our house, so its arrival wasn’t because dad had found God.

Unless, that is, he just needed stronger binoculars to do so.

Dad had been a bit of a tearaway, and in his time at one of “Her Majesty’s Institutions for Young Gentlemen” as he sometimes euphemistically termed them, he had requested a copy of Mutual Aid by Kropotkin. He very much formed his worldview from that. Such was its political sensitivity at the time, special permission had to be sought from the British Library to provide it.

I remember learning to read seemingly just by staring longingly at a giant Disney compendium that the spine had long since fallen off.  It had vivid colourful pictures. I was determined to work out the stories that went with them.  Of course, there was more to it – being read to, and with, was of course the genesis - but the seed of fascination with words had been planted, and I was determined to crack the code.

I can also remember, though times were invariably tight, books being always considered a priority investment.  Being allowed the money to buy “The Enemy Within: The Rise and Fall of the British Communist Party” by Francis Beckett as a precocious 16 year-old is one such example.  Whilst other lads pressed their faces to pub windows (or just went in, if they’d managed anything more than a bumfluff moustache like yours truly), I was wandering round bookshops.

I still remember Mr Beckett’s particular tome was priced at £22, no small sum for a book even now, 30-odd years later. I can recall looking at it through the lurid yellow plastic that the Albion bookshop had pasted inside its shop window to prevent their stock from fading from the sunshine. I duly reported back to mum and dad my wish to read it.  After very little debate, it was bought, slipped, pristine and fragrant, into its paper bag and eagerly devoured.

Packed lunches were notably scant for a few weeks.

This isn’t to denigrate the local library either – we were regular patrons, and rarely a week would go by when we didn’t take out our full complement, or to just sit in the library reading Asterix the Gaul.

To me, it’s often your environment that lends itself to your interests. Reading was self-improvement, abundant, transported you to a new world and was usually cheap.  Now, it’s even cheaper (or even free), and the technology available to access it digitally is widespread.  Even now though, the act of reading somehow seems more permanent and weighty with a book, as though it carries with it a history of its own, and the tactile experience is somehow more valid (I don’t have any kind of Luddite snobbery of new technology, I promise – I am just somehow drawn to the physical permanence of a book more than an e-reader).

I’d close with saying that, in my opinion, the important thing is to read.

It doesn’t matter if it’s a cornflake box, the Beano or Das Kapital.

The act of reading is itself revolutionary, transgressive, powerful and to be treasured.

Along with union activities and duties, and the demands of the “day job”, spare time is at a premium for James, but when he does manage to find some, he enjoys gardening, and of course reading and writing.

He was lucky enough to win UNISON’s inaugural Writing Competition in 2018.

END_OF_DOCUMENT_TOKEN_TO_BE_REPLACED

Engage: taking control of your career
Lucy Thompson tells us about Enginuity's Engage learning…
END_OF_DOCUMENT_TOKEN_TO_BE_REPLACED
GMB help Fode continue learning through the lockdown
Fode was born in Guinea Bissau on the West coast of Africa, and…
New guide on empowering dyslexic learners
Empowering dyslexic learners
Dyslexia is thought to affect about one in ten people.
The union learning Climbing Frame celebrates 10 years
The union learning Climbing Frame is a free website for ULRs and…
Harmful Gambling- a community issue, a workplace issue, a trade union issue
Since the passing of the 2005 Gambling Act the sector has grown…
Promoting union learning - a handbook
A handbook for union learning reps (ULRs) and reps involved in…
Helping Sheffield learners stay ShipShape
A successful partnership between the union Community an
Copyright © 2020 Unionlearn. All rights reserved.
Copyright © 2020 Corporate+. All rights reserved.