Signing up as a ULR

Adrienne Dawn Ward is an Usdaw Union Learning Rep. Adrienne has recently arranged British Sign Language courses in her workplace and here talks about why she feels they are important. 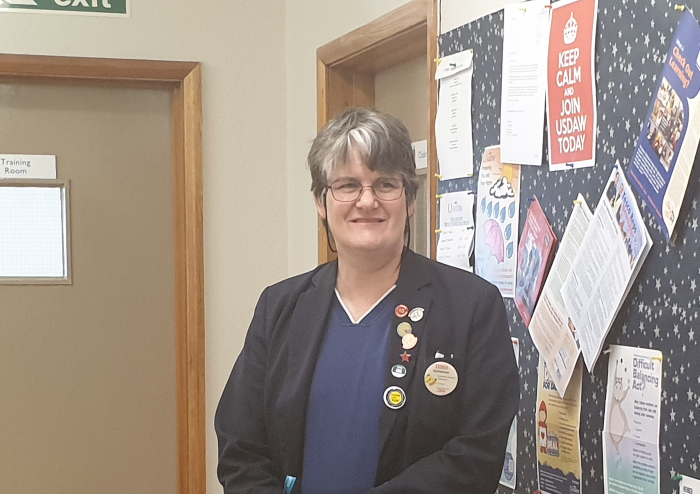 I became a Union Learning Rep (ULR) after meeting with Usdaw Project Worker Lawrence Miller in October 2016. This intrigued me enough to become a ULR because I knew I would be able to help people learn new things.

Since becoming a ULR the achievement I am most proud of is proving to people how easy sign language is to learn in their own first language. Too many people assume incorrectly that communicating in sign language is difficult and hard to achieve.

By emphasising the fact that when you are signing in your own first language, the individual does not need to relearn their pronunciation and spelling of a word. Any two people who know the signs of the alphabet can communicate with one another on any subject they choose, by simply spelling the words. For example, one hearing person can discuss a medical subject with a deaf person via finger spelling alone.

With the assistance of Lawrence Miller, Sucha Singh (Southampton City College) and Trina Eales (ULR Bursledon Towers store) I was inspired to organise a ten week Basic Sign Language training course that people have enjoyed. Courses will accommodate minimum of 12 and a maximum of 16 learners so there is room for more members to attend if needs be.

I have incorporated the local community in delivering British sign language at Tesco retail stores in Southampton and Andover under the Usdaw name as most of the learners were union members.

Employees wanted to converse with customers that were deaf to give them a better shopping experience and I found that the employer gave full support in allowing employees to attend my courses as they saw a benefit to the business.

I have to date made a difference to 33 people’s lives, not just in the work place but in the community as well. I have another three courses all ready to start and I have started liaising with other companies to deliver these courses with the help of Lawrence and the union partnership agreements that allow me to enter their places of work.

Adrienne Dawn Ward is a Customer Assistant on checkouts at Tesco in Andover in Hampshire, and an Usdaw Union Learning Rep.

END_OF_DOCUMENT_TOKEN_TO_BE_REPLACED 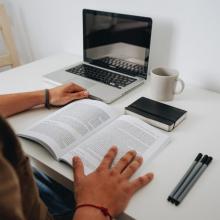 Home is where the learning is
Whether you want to improve your career prospects, learn some…
Helping Sheffield learners stay ShipShape
A successful partnership between the union Community an
Join unionlearn focus groups to shape future training programme
Even before the current pandemic, significant numbers of jobs…
New bite-sized learning modules for home workers
The launch of the six new modules ties in with Learning at Work…
Learning at Work Week goes on air and online
Union learning reps (ULRs) normally find the annual Learning at…
The Lockdown Learning Rep is now out
In this special Covid-19 edition of the Learning Rep e-magazine…
Learning Rep - Summer 2020 Edition
In this special Covid-19 edition of the Learning Rep e-magazine…
Unionlearn website supports workers at home with their children
On the “
Copyright © 2020 Unionlearn. All rights reserved.
Copyright © 2020 Corporate+. All rights reserved.