Christine Pogson is an Usdaw Mobile Union Learning Rep (MULR) based in Greenfield and covers East and South Greater Manchester. Christine has been working with apprentices to help them get the best from their schemes. 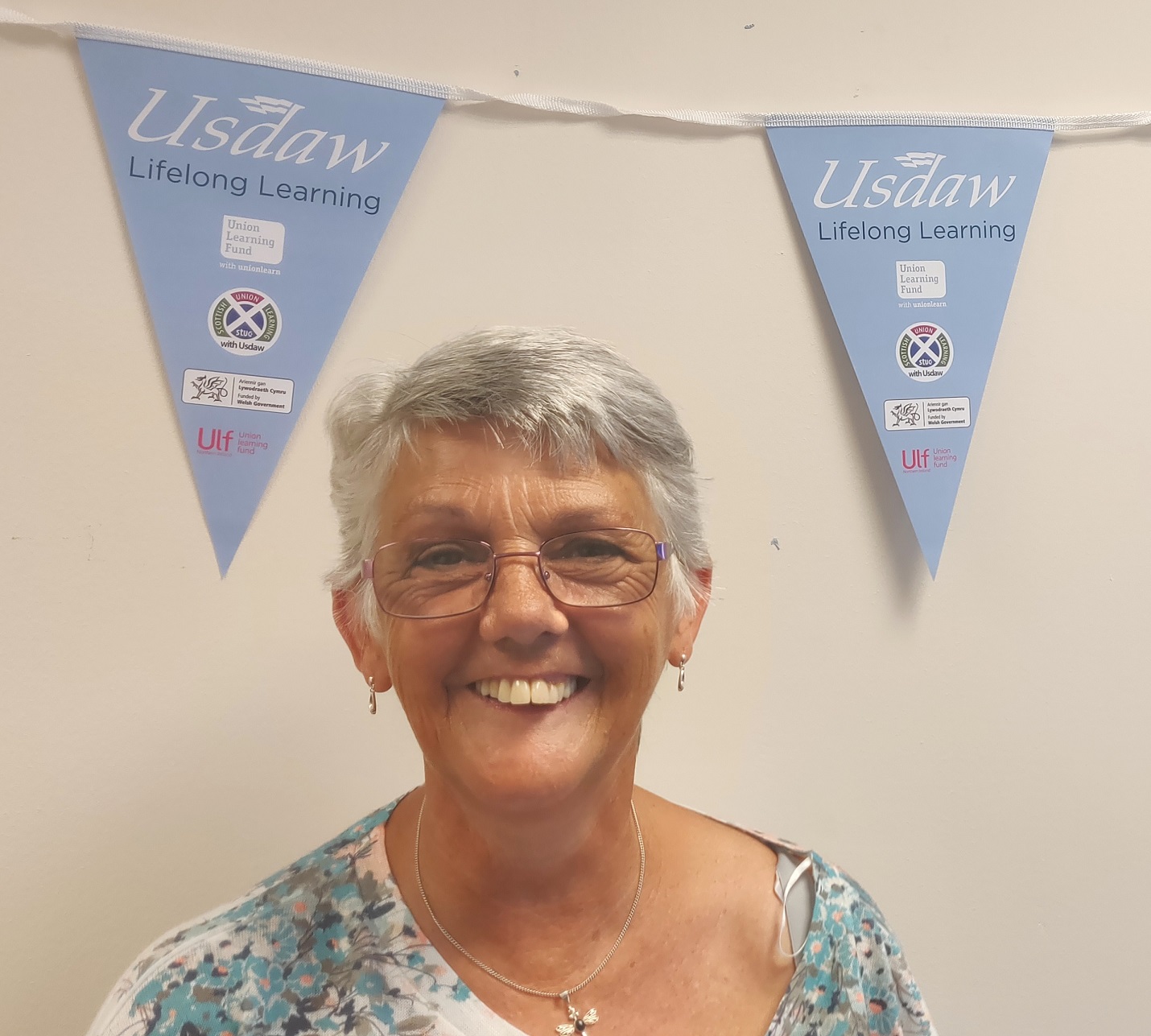 Many Usdaw Union Learning Reps have been busy supporting apprentices across the retail sector – with workers at many Tesco’s stores benefiting from the union support.

Since the introduction of the apprenticeship levy in April 2017, Tesco has run multiple Apprenticeship Schemes. Apprentices receive a qualification in Retail at Level 2. As part of the scheme they also do their English and Maths functional skills up to level 2. They are allowed 20% of their working week off the job to study or gain job experience moving around the business in their store, learning other department roles and becoming multi-skilled.

Usdaw and Tesco have agreed that Usdaw reps can play a vital role in supporting the programme and the individual apprentices in their store. This support can cover everything from making sure they that apprentices get the agreed 20% time off the job to listening to them and their highs and lows and making sure they know they are not on their own.

In MULR Christine’s store, three people in the latest intake have signed up. Whilst two of these have used Christine’s support intermittently, the experience of the third person shows just how valuable the support of Usdaw ULRs can be.

The first hurdle was getting the said apprentice released from her department to study; the apprentice was going to leave the program after weeks of being told it was too busy to offer release. Christine suggested that they both had a meeting with the apprentice’s manager taking in a business plan as to when she could be relieved and taken off the rota regularly to do her apprenticeship work.

The manager agreed to try this approach and after a few changes to the proposed plan, Christine managed to get her four uninterrupted hours each week to spend on her apprenticeship. This built her confidence up, and she was over the moon with the result.

Christine maintained contact with the Apprentice to make sure she still felt supported. A few months later when the apprentice changed departments, the lifetime trainer contacted Christine and told her the apprentice was having difficulties in store. Christine met with her to go through the problem. It revolved around altering shift hours and whilst the apprentice had sorted out this plan, she was nervous about speaking to her manager.  Christine went in with her to discuss the issue with the manager and a good solution was achieved.

Occasionally because of home pressures, she had thought about coming off the scheme but a listening ear from Christine and a talk has helped her along – just that someone who cares to talk to, in the knowledge that anything she says will be in confidence.

She is still on the apprenticeship and doing well knows the union is there if she needs support.

Christine did her own apprenticeship about five years ago and this support system was not there for her fellow apprentices. They all did a lot of the course work in their own time. Christine claimed it back at the end as time owed.

Not everyone has the confidence, some need no support, but some do, and I feel encouraging the reps in store to be there for the apprentices is the way forward."

Who wouldn’t want her support!

END_OF_DOCUMENT_TOKEN_TO_BE_REPLACED

Engage: taking control of your career
Lucy Thompson tells us about Enginuity's Engage learning…
END_OF_DOCUMENT_TOKEN_TO_BE_REPLACED
Unionlearn prepares for Autumn Festival of Learning
The Festival will feature high profile events such as the…
August Learning & Skills Policy Update now live
The update highlights new resources developed by unionlearn to…
Learning and Skills policy update - August 2020
This edition of the newsletter includes updates on: the…
Unionlearn publish 2020 annual report
The report, entitled “Making Skills and Learning Work”, comes at…
Unionlearn Annual Report 2020
Over the past year union learning has continued to open up…
High-quality apprenticeships have a role to play in recovery
Employer and state funding going forward should give priority to…
A decade of online support for ULRs
Before going online the Climbing Frame was available as an…
Copyright © 2020 Unionlearn. All rights reserved.
Copyright © 2020 Corporate+. All rights reserved.