Getting creative at work with Usdaw

Ever wanted to be a bit more creative at work? Wanted to try something new but don’t have the time? This were questions asked by Usdaw and The More than a Sandwich project who brought song-writing, origami, poetry, and life-writing into workplaces in Elmsall, Goole, and Castleford. 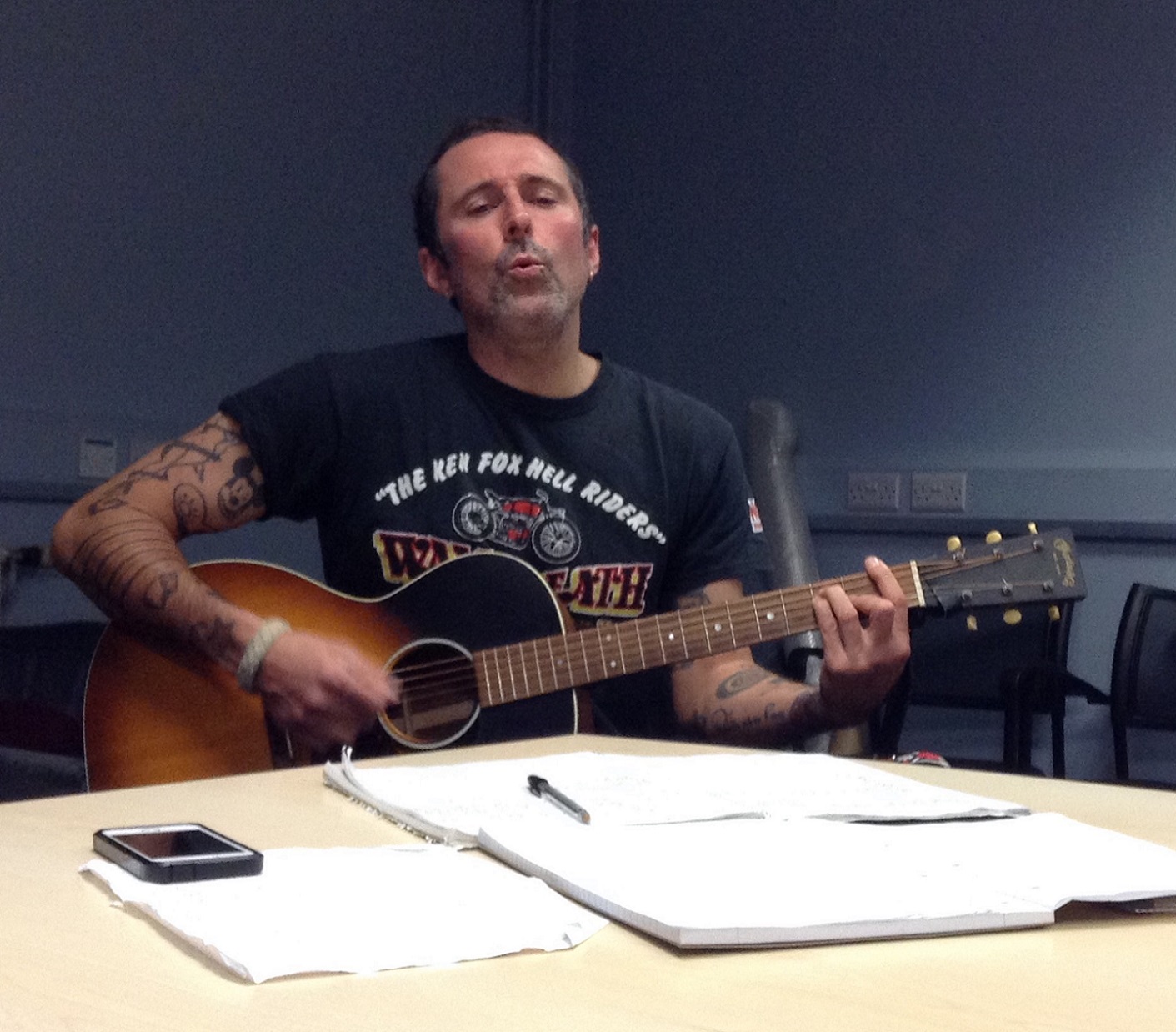 The More than a Sandwich project is about bringing creativity into the workplace and encouraging workers to encounter new creative activities – regardless of the level of skill involved.  Recent research by BBC Arts found that taking part in such activities had a particularly positive impact on emotions and wellbeing.

With the support of Usdaw learning reps musicians such as Scott Lavene came in, played, and gave learners ideas on writing their own songs.

One learner from Next Elmsall said:

Scott was such an incredible musician. He explained things so simply and made everyone feel like they could do what he does. He was down to earth, so easy to talk to and lovely.  He made song writing feel effortless and really enjoyable.”

USDAW wanted the workshops to be more than simply listening to someone tell you how they had done it. It was important for staff to get truly involved, and have a go themselves.

At DHL Castleford, learners were also impressed. One who attended the creative writing workshop with Bob Beagrie said:

I learned a great deal on how to put sentences and paragraphs down and form a story. Really enjoyed it. Would do it again.”

With a wide variety of workshops spread over several days there was plenty of opportunity for people to get involved.  It wasn’t just the skills and tips they’d learned. Being and feeling creative is a positive factor in well-being.

A fellow learner at Castleford signed up for an origami class with tutor Nick Robinson and found the chance to be creative a benefit, saying:

I really enjoyed the distraction that being creative provides. Making the basketball hoop and the flapping birds were my favourite part of the class.”

The project was funded by Usdaw and a grant from Arts Council England, and managed by David Kendall of Loud and Clear Productions CIC.

David said he had always wanted to bring creativity into workplaces.

There is so much unrealised potential in working people. They deserve to get a chance to try something different. Sometimes it just takes a little courage to give it a go.”

People will have differing levels of confidence and experience of the arts which will affect the ease in which they access creative opportunities, and that's without people's differing access to the time to attend creative workshops. That's why it was so important to work with Usdaw to enable people to have the time to come to these events.”

Lifelong learning can be much wider than the fundamentals of Maths, English or ICT, the creative workshops were a superb way of engaging with staff, getting people involved in a way was very different from many people’s last experience of learning which may have been school.”

Workplace learning is so important for in developing the skills, confidence and knowledge of our members.”

The new year is an ideal time to try out a new skill with lots of providers promoting courses and many Union Learning Reps taking the opportunity to highlight to workplaces and members.

END_OF_DOCUMENT_TOKEN_TO_BE_REPLACED

Why we must have a…
Tim Page talks about this year's Climate and Employment Proof…
END_OF_DOCUMENT_TOKEN_TO_BE_REPLACED
Stephen gets creative following PCS online training
PCS member Stephen Levy recently took part in one of the s
Unionlearn publish 2020 annual report
The report, entitled “Making Skills and Learning Work”, comes at…
Unionlearn Annual Report 2020
Over the past year union learning has continued to open up…
Birkbeck holds Career Bootcamp to develop employability skills
Unionlearn partner Birkbeck is running the Bootcamp from 28th –…
“Just ask!” Creative writing and working with authors
She had given freely of her time for us in the past by helping…
A decade of online support for ULRs
Before going online the Climbing Frame was available as an…
Bakers use their LOAF to promote learning
Carol Hillaby is a Project Worker with the BFAWU Learning…
Copyright © 2020 Unionlearn. All rights reserved.
Copyright © 2020 Corporate+. All rights reserved.