More than a dozen young unemployed people from Salford have completed traineeships that have helped them move on to apprenticeships or full-time jobs, thanks to a successful partnership between the GMB learning project ReachOut, adult learning centre St Antony’s and TDB Training. 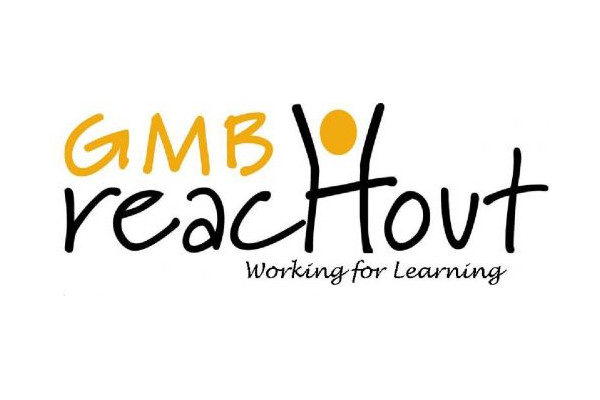 GMB ReachOut, St Antony’s and TDB Training got together in January 2017, when TDB were looking for a provider that could deliver the mandatory English and maths components of traineeships for young people not in education, employment or training (NEET).

When TDB got in touch with ReachOut Senior Project Worker Dave Flanagan, he was able to put them in touch with St Antony’s, the adult education centre that had delivered functional skills learning in the workplace for the GMB’s Union Learning Fund project in the past.

The three organisations put together a six-week pilot programme with two young people, David Travis and Anthony Byrne. David had experienced significant health problems as a teenager that had prevented him from competing his formal education while Anthony had struggled academically and left full-time education without any qualifications.

Undertaking the traineeship enabled David and Anthony to gain their first significant work experience in the warehouse that TDB opened in November 2015 to provide free storage facilities for a network of food banks in Manchester and Salford.

The warehouse, operated by TDB’s Community Interest Company (CIC), gives trainees the opportunity to learn the basics of warehousing, using fork lift trucks to unload donations from retail companies, sorting food into categories and date order and then dealing with the food banks who come to collect.

ReachOut Contracts Manager Paul Callaghan has worked closely with all 13 trainees who have taken part in the programme to date.

Working with TDB means the trainees get the chance to work in the warehouse and understand that their training isn’t only about their future jobs and income but they’re also helping others in more difficult situations than themselves.”

Completing the programme last February, and gaining their Level 1 NVQs in Warehousing as well as improving their English and maths skills, has made a significant difference to both David and Anthony.

David has recently completed the apprenticeship he moved on to with a local warehousing company and is now a full-time member of staff who is planning to work his way up to managing the site, while Anthony has secured himself a place on a facilities management apprenticeship with Salford City Council thanks to the one-to-one support during the traineeship.

The council liked the fact that Anthony was a local lad who had put himself through what was quite a challenging experience for him.”

Throughout the programme, the GMB has supplied union officers to deliver the employee rights and responsibilities components of the traineeship.

We’re fortunate that TDB are a socially minded provider, not just a bums-on-seats agency.”

They were positive about bringing in officers from the GMB so that trainees get to hear from someone who has worked in the sector they are training for, whether that’s business administration or logistics, who can tell them not just the skills requirements but what they can expect from working in the sector,” he says.

Since the pilot last February, the partnership has run three further traineeship programmes in April and September 2017 and February 2018, with four, two and five young people taking part, respectively.

The idea is to run the programme in small groups so we can ensure we can deliver a decent level of one-to-one support with the young people and have the time and space to work out what each individual needs to progress.”

All trainees are paid a daily allowance of £5 while they are on the six-week programme, which they can use to cover their food and transport costs.

While the ReachOut project has tended to see most of the trainees while they are working on their English and maths (which is taught in the same premises where the project is based), Paul has also visited the young people learning the ropes at the warehouse.

You can see the look on their faces, the way they’re enjoying the hands-on experience within the warehouse, especially when they’re able to practise on the forklift trucks.”

Two of the trainees have joined the GMB, and others have gone on to work for organisations that already recognise the union.

Paul believes the traineeships have overall offered a positive experience for the young people involved.

We have had a very high retention rate and only one or two people have dropped out in the first year, which is always a good sign, and the overall outcomes have been very good, with the vast majority progressing on to an apprenticeship, further education or a job afterwards.”

And we have had very positive feedback from the young people themselves. We had one lad who told us, ‘When I started here I knew nothing and now I know everything!’ Okay, we said, “Actually, now you know something!’ But what he was saying was he could really see the difference we have made.”

END_OF_DOCUMENT_TOKEN_TO_BE_REPLACED

Supporting workers facing redundancy
Mary has recently been supporting members facing redundancy…
Promoting union learning - a handbook
A handbook for union learning reps (ULRs) and reps involved in…
Learning and Skills Policy Update - May 2020
This newsletter is intended to keep unions and other…
Join unionlearn focus groups to shape future training programme
Even before the current pandemic, significant numbers of jobs…
Caroline's learning journey inspired by Usdaw event
When Mobile ULR Sue Sowe
Supporting learners through lockdown and beyond
When Covid-19 forced a temporary hal
The Lockdown Learning Rep is now out
In this special Covid-19 edition of the Learning Rep e-magazine…
Learning Rep - Summer 2020 Edition
In this special Covid-19 edition of the Learning Rep e-magazine…
Copyright © 2020 Unionlearn. All rights reserved.
Copyright © 2020 Corporate+. All rights reserved.