Helping apprentices be the best they can be

UNISON learning rep Vilpa Lillie has used her mentoring skills to help two apprentices in her department at energy provider E.ON stay the distance, complete their qualifications and move on in their careers. When E.ON customer service apprentices Anneta Johnson and Joshua Proctor joined Vilpa’s complaints team in January, it didn’t take long for the UNISON learning rep to see that they both needed more support.

I sit near to them both, so when I noticed they were struggling with their confidence, I took it upon myself to mentor them.”

I also noticed they were struggling with their mental health, so I encouraged them to get some support through the Wellbeing Hub.”

Falling behind with her coursework and trying to find time to catch up was one of the major issues Anneta was facing. Vilpa showed her how to clear her backlog and helped to secure her some additional time to study.

While all apprentices must be given 20 per cent time off-the-job to learn throughout the duration of their programme, E.ON apprentices are recording around 25 per cent on average. How they use this time depends on the type of apprenticeship they are on and the business area in which they work.

To allow Anneta to keep on top of her apprenticeship studies, I arranged for her to take a regular one and a half hours per week where she could just concentrate on her coursework: we both felt that this would help to alleviate the stress and anxiety.”

With Anneta anxious about having to make a presentation as part of her end-point assessment, Vilpa encouraged her to enrol on a UNISON Build Your Confidence course in September to gain the skills she would need.

The course helped me to understand how to view myself in a positive light: I’m now looking forward to doing my presentation with peace in my heart.”

I would not have reached this far in my apprenticeship without Vilpa’s support and guidance. She has supported me by facilitating a move into a different team, where I have been able to further develop my skills and knowledge, while working with a great team manager who gives me every opportunity to grow.”

Like Anneta, Joshua also credits Vilpa’s support with helping him stay the distance on the apprenticeship.

Vilpa has been the reason I’ve stayed: she persuaded me to continue my apprenticeship and without her motivation and support I’m sure I would have left the business.”

Her initiative to help out apprentices here at E.ON has really impacted myself and made my journey way more comfortable and maintainable.”

Vilpa has brought out a whole new level of confidence within myself: she is so inspiring both as a representative and as a person.”

I genuinely wanted to be a point of contact as a young person. At the age of 18 and being gay, this role allows me to offer support and advice to those who need it most: I’ve always enjoyed helping others but Vilpa really put the role into perspective for me.”

While Anneta is pursuing other career options after completing her apprenticeship this autumn, Joshua is keen to stay with E.ON and has looked into the possibility of a Level 3 apprenticeship.

I want to grow and to develop within E.ON but it’s really all about me taking each day as it comes and seeing where this apprenticeship journey takes me.”

Since starting an apprenticeship can be very daunting, having the support of someone like Vilpa can be crucial, says E.ON Apprenticeship Lead Tammy Bristow.

It’s so important that our apprentices have colleagues like Vilpa who genuinely care: I’m really grateful for everything she does to help them feel supported on their journey.”

As for Vilpa herself, she is keen to further develop her mentoring skills.

I would love to do a mentoring course: I have mentored our new starters before and always got great feedback – I love to help people and see them progress.”

END_OF_DOCUMENT_TOKEN_TO_BE_REPLACED 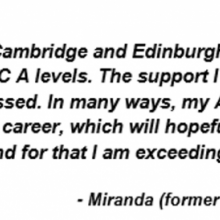 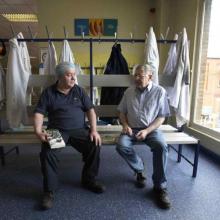 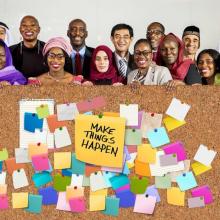 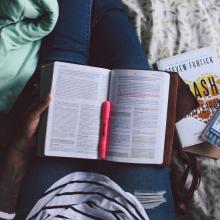 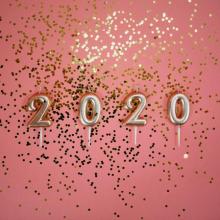