The Learning Show must go on

Britain’s film, television, cinema, digital and theatre workers are always going to need to improve the skills they have and develop the ones they don’t – which is why there is such a thriving learning and development operation at media and entertainment union BECTU.

After starting work in the theatre at the age of 18, Kate Elliott worked her way up from dresser to costumer supervisor, but it was in her late 20s that she became active in media and entertainment union BECTU (now part of Prospect). 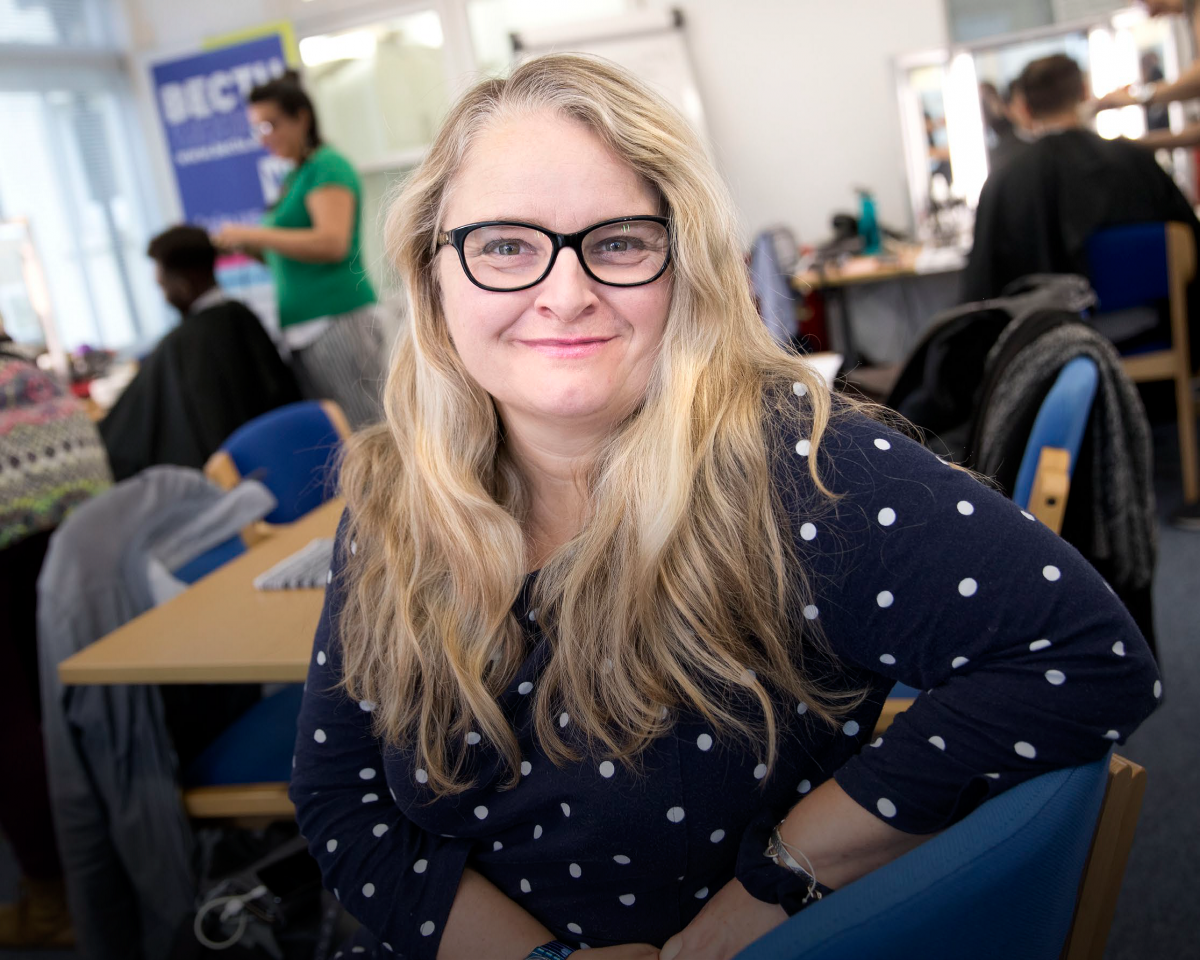 Keen to help spread the union message throughout the industry, Kate and a couple of colleagues decided there was no better way to reach members and potential members than by knocking on the stage doors of the theatres where they worked throughout the West End.

After setting themselves up with an inexpensive plate of rigatoni at long-gone old-school Soho eaterie Centrale, the trio would spend every Tuesday afternoon talking to front-of-house staff, carpenters, costume and make-up specialists, set builders, lighting operators and all the other backstage workers about what union membership really offered.

We all had contacts so we could easily go in and meet people and talk to them about the benefits of the union and what we could do to support them.”

It was in 2002 that Kate took on the management of one of the union’s earliest ULF projects, Training Opportunities for Skills Confidence and Achievement (TOSCA), originally launched to help crew members at English National Opera (ENO) boost their functional skills.

Her original plan had been to return to her theatre work when the two-year contract was up, but instead she went on to manage a series of ULF projects for the union, before taking on the role of Training Officer in the wake of the sudden death four years ago of her then manager, the well-known and widely respected Brian Kelly.

Her period working for the union has coincided with some major structural changes in the sector, she points out, with a massive expansion of freelance numbers in the past 15 years with organisations like the BBC forcing people into the much more vulnerable world of self-employment through large-scale redundancy programmes.

In the very early days of our ULF projects, we were predominantly working in employed areas but in the last eight or nine years we have focused more on the needs of freelancers because our branches were telling us their needs were considerable.”

This means that these days the union is increasingly concentrating on supporting members who have no employers to train them, with a programme of bespoke courses on all aspects of their working lives, from managing their own tax affairs to improving their profile through canny use of digital platforms. (On the day of this interview, there are a dozen members in the training suite in the union’s south London office working their way through Maximising Your Online Presence, a new training course delivered by one of the union’s own members who also runs her own digital tech company). 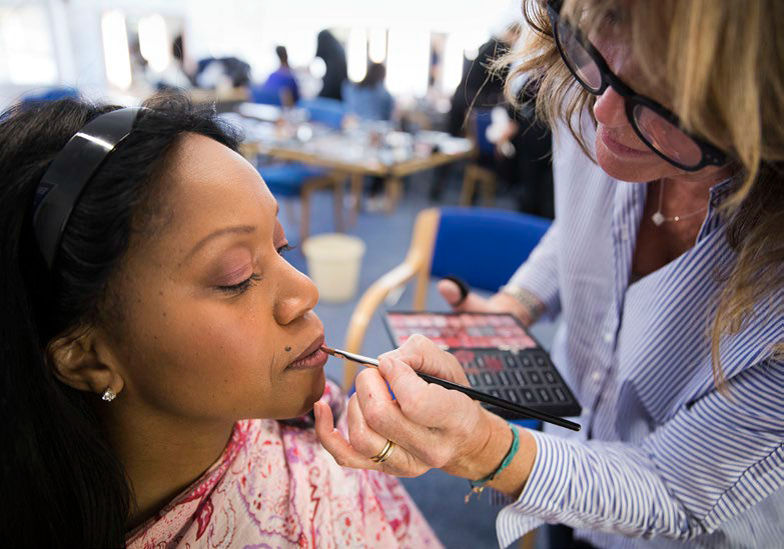 But equally important is the support the union can offer to creative industry workers who need to hone their skills in their chosen fields. Always alert to the ever-evolving needs of their members, Kate and her team of parttime learning organisers recently launched their latest innovation – a training course for hair and make-up professionals working with Black and minority ethnic (BME) performers.

The initiative emerged out of a joint meeting a year ago between BECTU’s Hair and Make-up Committee and Equity’s Minority Ethnic Members Committee, set up to examine the issue of BME performers being routinely asked to cover their heads by hair and make-up workers who had no experience of working with non-white skin.

Attending the meeting with BECTU Diversity Officer Janice Turner, Learning Organiser Lezli Everitt promised to put together a new training programme to give professionals the skills they needed to work on hair, make-up and barbering for BME performers.

This was no small undertaking. To run the three courses, BECTU had to transform its training room into something like a professional salon for two weeks: out went the flip charts and marker pens and in came Hollywood mirrors and all the professionals’ specialist kit. Delivered by tutors Joy Daphney Djadi and Kamanza Amihyia, the three modules were called Understanding Afro and Asian Hair, Barbering Skills for Afro and Asian Hair and Media Make-up for Black and Asian Skin, with a cross-section of Equity members attending as paid models for the participants to practise their skills on.

The main thing I said to the hair and make-up delegates and to the actors was that the workshops were informal: everybody needs to be able to discuss, swap ideas and explain what’s best for them. And that’s what happened – it was just incredible.”

While the hair and make-up professionals were delighted to be able to gain vital skills that will allow them to do great work with a diverse range of performers, the actors themselves were glad to take part in hair and make-up sessions where they were not treated as the problem for once.

They were so pleased that they had been treated with respect and it was just an incredible experience.”

BECTU is now looking for further funding to enable it to run the courses again, as Lezli explains: “We made it work and we kept it in-house, but it was very expensive and it has to be funded properly.”

Kate and her team will be developing further work on BME issues as part of its new ULF project, which launches in April this year, alongside other innovations, Kate says.

We have been working on a women’s mentoring programme, which is in the new bid because we wanted to open it up more widely, and we will be working on digital skills as well, because they are big for us.”

We’ve often worked like that, where something has come to fruition in one project year and been part of the structure of the bid for the next.”

This case study first appeared in The Learning Rep – for the full magazine go to the Spring 2018 edition.

END_OF_DOCUMENT_TOKEN_TO_BE_REPLACED

Leading the way on LGBT+ apprenticeships
Research from Stonewall shows
END_OF_DOCUMENT_TOKEN_TO_BE_REPLACED
BFAWU show you are never too old to have a Quick Read
BFAWU North West Project Worker John Fox and BFAWU Union…
Unionlearn seminar demonstrates how trade unions build skills
The seminar, on March 25th, will launch a new Learning &…
Unite’s Tazim finds Quick Reads a great way to build English skills
Tazim Ladhu has been
Like father, like son - but who’s teaching whom?
In 2015 a young family moved to England from Sri Lanka, looking…
Trade union learning "reignited" my passion for learning says BFAWU’s Sarah Woolley
Sarah said that the she wasn’t very active as a member in the…
Nominate a Union Learning Rep for unionlearns 2020 awards
Unionlearn is asking unions to put forward ULRs who have made a…
Leading the way on LGBT+ apprenticeships
Research from Stonewall shows there is still a re
Copyright © 2018 Unionlearn. All rights reserved.
Copyright © 2018 Corporate+. All rights reserved.