Opening up opportunities in film and TV with BECTU

Dozens of unemployed people got on the first rung of careers ladder in film and television with the help of health and safety training delivered by media and entertainment union BECTU (now part of Prospect) at specialist ‘bootcamps’ last year. 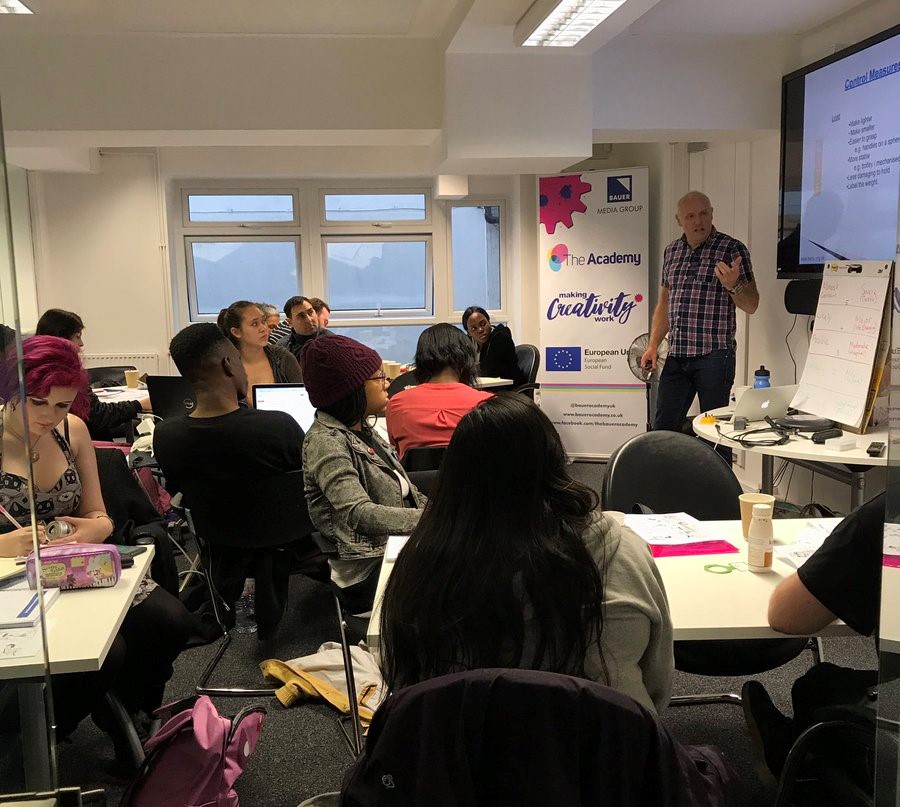 The one-day course helped participants gain their Production Safety Passport, the industry scheme that recognises health and safety training in the film and TV sectors (and is comparable to the Construction Skills Certification Scheme in the building industry).

All three courses were delivered by BECTU Training Official Martin Roberts, a former electrician who specialised in theatre lighting and built up 20 years’ experience as a union rep as well before taking on his current role.

As well as helping the 38 participants to gain their Production Safety Passport, the courses covered:

• where to look for work

• the knowledge and skills needed to become a successful freelancer.

To teach the participants how to be safe on film and television sets, Martin used BECTU’s Creative Industries Safety Passport one-day course at the bootcamps.

The Creative Industries Safety Passport is approved by the Institution of Occupational Safety and Health (IOSH), is also part of the Production Safety Passport scheme and is recognised by unions and employers such as the BBC, ITV, Sky, Channel 4 and film companies.”

If you have completed the course, it’s taken as read that you are safe to be on set and able to undertake a risk assessment.”

BECTU was the obvious choice to deliver the health and safety element of the bootcamps in May and June last year since the union originally developed the industry-recognised course to fill a gap in the training market.

This is a course that is highly thought of, because it covers both film and TV, it is very much aimed at freelancers and the tutors are people like myself who have worked in the industry.”

The feedback is always good: the organiser of the bootcamps at Creative Skillset thought the course was highly valuable and has arranged for us to deliver it again for them later this spring.”

The majority of participants on the bootcamps were young unemployed people, some of them looking to get their own projects financed and off the ground and others looking for a career with established production companies.

The were all able to take the opportunity to network with industry freelancers and professionals and attend an exclusive recruitment event separate to the bootcamp itself where they had the chance to find their first job or freelance contract.

END_OF_DOCUMENT_TOKEN_TO_BE_REPLACED

Why we must have a…
Tim Page talks about this year's Climate and Employment Proof…
END_OF_DOCUMENT_TOKEN_TO_BE_REPLACED
Next in line for maths learning
The ULR’s have been working with the site reps to ensure that…
Unionlearn publish 2020 annual report
The report, entitled “Making Skills and Learning Work”, comes at…
GMB help Fode continue learning through the lockdown
Fode was born in Guinea Bissau on the West coast of Africa, and…
Unionlearn Annual Report 2020
Over the past year union learning has continued to open up…
New guide on empowering dyslexic learners
Empowering dyslexic learners
Dyslexia is thought to affect about one in ten people.
Unionlearn Value My Skills in now available in 10 languages
The Value My Skills online tool was developed as part of
Copyright © 2020 Unionlearn. All rights reserved.
Copyright © 2020 Corporate+. All rights reserved.