Southampton UNISON gets crafty this Christmas

UNISON Union Learning Rep Liz Martin works at Southampton City Council, and decided to run craft sessions in the build up to Christmas last year. The sessions brought workers together and gave them a chance to share skills and learn new ones. 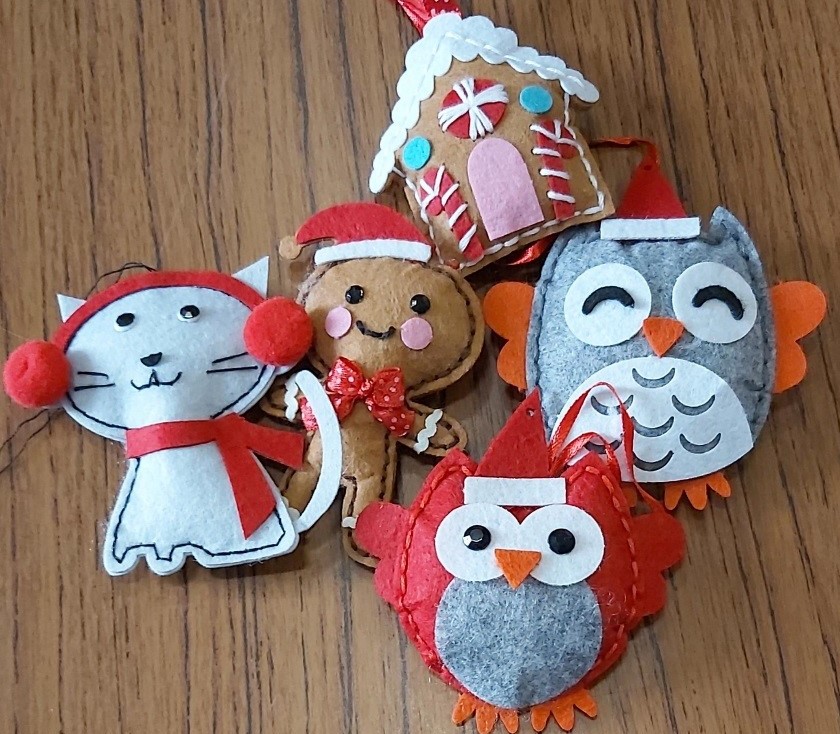 Liz explained that she ran two drop-in sessions, these were two hours in length and very popular.

There were a number of reasons that Liz was inspired to run the sessions. She wanted a social event where people were able to get together in a safe, friendly, relaxed environment to participate in an activity they may not have done before. They also bring people together and allow workers to join with colleagues they would not usually meet during their working day.

Working with your hands is a good way to promote good mental health and boost self-esteem.

The craft sessions are a mindful activity, that help people’s mental health as they are able to do something relaxing and talk things through. Everyone attending my sessions has been immensely proud of their achievements.”

They also a good recruitment tool – I have recruited two members in the past from other crafting sessions I facilitated.”

The sessions were based around a drop-in model and ran between 12.00 pm – 2.00 pm.  Previously Liz had only did a one-hour session, but the two hours gave people more flexibility to be able to attend.

Liz explained what she did to get people involved:

I designed posters to advertise the event, which I posted on Unison noticeboards all around the Civic Centre a month before the event. Nearer the day I went round with smaller flyers and talked to people to drum up business.”

A colleague uploaded the event on the UNISON website and also sent the poster to different council buildings. Liz also emailed the poster to people who attended previous courses

I think this got more people interested than the other forms of advertising.”

On the day Liz provided mince pies and teas/coffees, though the attendees were so interested in doing the crafting no one actually had any pies or drinks.  Liz crafted along with the others giving help and guidance where needed and used the opportunity to put out UNISON literature to promote the benefits of membership.

Liz wanted to ensure that the session were as inclusive as possible and explained that:

The event was open to members and non-members alike which I always add to my posters.  I think most people attending were not members. I did take Unison application forms and ULR handouts with me.”

Liz felt the craft sessions went well and achieved what she had hoped:

I felt the sessions went well.  I got good feedback from those attending who were very appreciative of my organising the event.”

Dawn Morgan enjoyed taking part in one of the sessions and said:

I find it really valuable to spend a little time away from a busy job, relax and explore crafting with like-minded people. Liz researches a project, buys all the supplies needed and guides us through.”

Christmas was especially fun with a choice of felt tree hangers to make and the feeling of achievement and completion is certainly good for my mental health.  After an hour of crafting I feel refreshed and ready to face the challenges of the afternoon.”

END_OF_DOCUMENT_TOKEN_TO_BE_REPLACED

Leading the way on LGBT+ apprenticeships
Research from Stonewall shows
Unionlearn promotes Quick Reads at the Day-Mer Festival
Day-Mer has been organising a Culture and Arts Festival for over…
BFAWU show you are never too old to have a Quick Read
BFAWU North West Project Worker John Fox and BFAWU Union…
Ready to Read – Promoting the use of Quick Reads in the workplace
Ready to Read – Promoting the use of Quick Reads in the…
Quick Reads get Marc back into books
ULRs have been very active in promoting Quick Reads in…
Quick Reads hold 2020 in launch event in Liverpool
The event is being held Liverpool Central Library between 18:00…
RMT Learning team promotes courses to London Underground workers
The event took place at the Transpor
Free lunchtime sessions make learning appetising in Bristol
Six months ago, Teresa Crichton, communications officer at Brist
Copyright © 2018 Unionlearn. All rights reserved.
Copyright © 2018 Corporate+. All rights reserved.