Sue’s on the road to somewhere

Unite learning rep Sue Mann has been named TUC ULR of the Year for her work promoting learning opportunities to colleagues at Blackpool Transport. 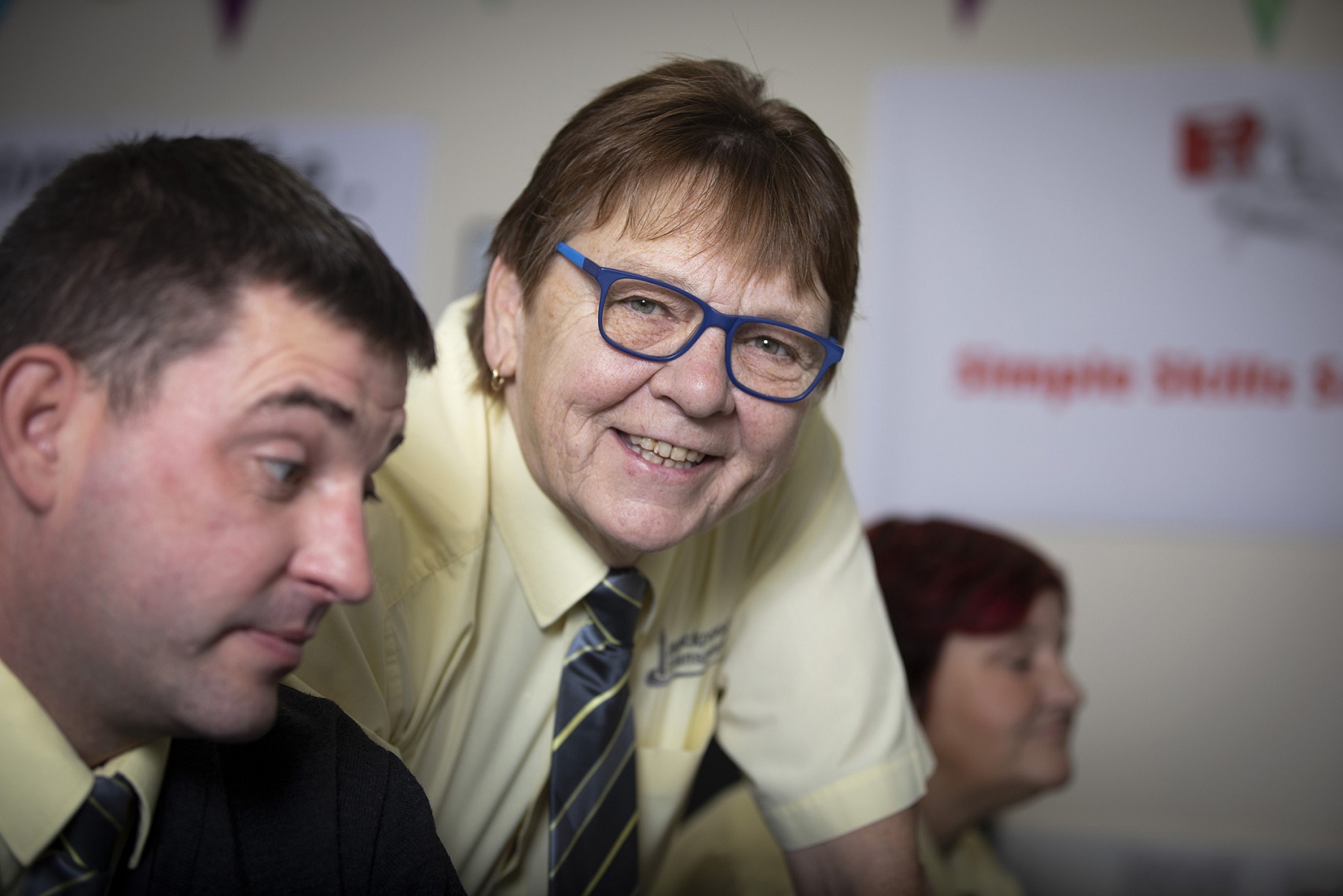 Sue didn’t have a happy experience of secondary school in the Yorkshire pit village where she grew up. Whenever her older brother got into trouble with teachers (a regular occurrence), Sue would be pulled out of lessons and punished as well. Plus she was a redhead, and the headteacher at the time publicly victimised all children with ginger hair.

No surprise, then, that Sue left school at the age of 15 with no qualifications to her name and took a job in a local shop.

She moved across the Pennines to Blackpool three years later.  Sue recalls:

It wasn’t a planned thing.”

There were four or five of us and we had a bit of money so we decided to have a weekend in Blackpool. I saw an advertisement for a job in a hotel and I stayed!”

After leaving the hospitality industry, Sue took her first transport job driving minibuses for Ribble Motor Services after the deregulation of the bus industry outside London in 1986. She then moved to the capital for a couple of years, where she gained her double-decker licence with London Buses, which had not yet been split into privatised regional businesses.

After her spell down south, Sue headed back to Blackpool one winter only to find there were no vacancies for drivers. That’s when she started her own bed and breakfast business, took a catering course and then bought a café where she worked until her wife died in 2008, which prompted her to sell up and get back on the buses (she’d always renewed her bus driving licence).

It was a ULR who encouraged Sue to try the role herself, as she explained:

My friend Tracey here at work said, ‘You’d be great at this’,

”I thought, How can I do that when I don’t have a single qualification? But she said you can qualify yourself as you go along, so I had a look and decided to go for it.”

Once elected as a ULR seven years ago, Sue enrolled on the learning rep training course that would change her life. Sue said:

I went on the course, which was lovely, and I thought, ‘I like learning!’”

Sue decided that the best approach to the role would be to enrol herself on every course on offer in The Learning Curve, the onsite learning centre at the bus depot.

That gave me the bug then, I thought, I can do this – I’m not stupid like they used to tell me at school.”

It helped that one of the tutors from Bispham College (the local provider that delivers the functional skills courses onsite) encouraged all the learners to ask about anything they didn’t understand, instead of keeping quiet because they thought they had a stupid question.

She said, ‘There is no such thing as a stupid question – if you don’t understand something, just ask’.”

She offers the same advice to all her learners, and said:

People learn in different ways, which I never knew before – I thought somebody stood in front of you and you had to learn what they said to you.”

Myself, I’ve learned that I can pick things up a lot quicker if somebody explains something and shows me at the same time. That’s why I always ask people, ‘Which way do you want to learn?’ to make sure they feel comfortable.”

The portal is popular with learners, who can also use LWU to access the Litmos Heroes e-learning portfolio.

We’ve got one lad who’s got a big handful of certificates because he’s done 75-plus of those courses!”

Sue is currently enrolled on a Level 3 Award in Education and Training, the course that is designed to give people the knowledge and confidence to teach in the post-16 education sector.

At the moment, Sue spends three days a fortnight in The Learning Curve, alternating with another ULR. The biggest headache they have is working around the shift patterns common to any bus garage.

Trying to keep everybody together for the length of a six-week course when someone says they’re on earlies next week and someone else is on lates – that’s the biggest challenge.”

But the learning centre continues to thrive because of Sue’s commitment, says Unite North West Regional Manager Jane Broome, who regularly teaches IT and genealogy courses on site.

Sue believes passionately that everyone should have the opportunity to learn: she also leads by example and has completed many courses herself.”

Sue never looks for praise but she truly deserves it for everything she does and continues to do to upskill her fellow workers.”

Undaunted by learning in a way she could never have imagined as a teenager, Sue was not so relaxed when it came to collecting her ULR of the Year award at TUC Congress in Brighton in September.

I’ve never been so frightened in my life: I was shaking! But it was a good day, definitely, and I was very pleased with myself – quite elated.”

Sue is not the first ULR from Blackpool Transport to win the TUC’s highest accolade for learning reps. Back in 2016, Paul McGovern was named ULR of the Year, having helped union learning get off the ground when the learning centre first opened on site in 2008.

What gives Sue most satisfaction is seeing the progress her learners can make, achieving whatever they set out to achieve.

We had one lad who is dyslexic so everything was twice as hard for him. But we put him in for workplace learner of the year and he won it and I was over the moon: it was fantastic, it made everything worthwhile!”

I do every course that comes here, because how can I help somebody if I don’t know myself?” Sue says.