Thomas exercises his passion for fitness thanks to FBU Apprenticeship

Last year FBU education along with its accredited National Learning Centre began working with providers and their team of tutors to offer an Advanced Level Apprenticeship in Exercise and Fitness.

The 18 month Level 3 apprenticeship program consists of five individual qualifications and is available to all FBU members along with Fire and Rescue Service employees. It brings together knowledge and competency based qualifications as well as essential Maths and English Functional Skills which are required to perform the role of a personal trainer.

One FBU member who took up the apprenticeship opportunity was Thomas Mortimer, a Training Instructor with North Yorkshire Fire and Rescue Service. 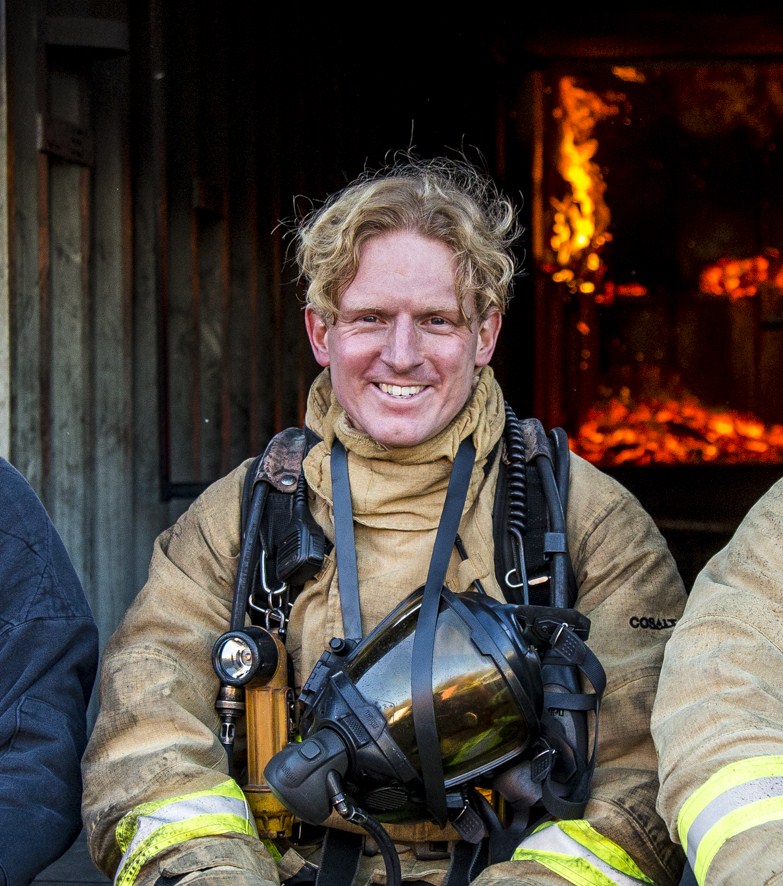 Thomas said he signed up as he has an interest in fitness instruction and the provision of the scheme via the Union made it easily accessible.

Once he started the course Thomas said:

I found the studying challenging but rewarding. The apprenticeship involved exams and coursework which meant the need to set aside time for revision and coursework. The guidance of the tutors made structuring and timetabling this work manageable.”

Thomas isn’t the only firefighter in his region to sign up to the scheme – around a dozen of his colleagues from across North Yorkshire Fire and Rescue Service have also completed the Fitness Instruction Apprenticeship. Many more Firefighters across the UK have are also participating.

Thomas felt that the support from FBU Education has been vital, and very helpful, and he thanked the union for the opportunity to get involved with the scheme.

The FBU has been involved throughout the process, from initially advertising the scheme and overseeing the sign-up, and constantly monitoring and updating candidates up to the end of the apprenticeship. The FBU has also made us aware of further learning opportunities that are available in future.”

There are many benefits to enrolling on this apprenticeship program, as Thomas points out:

This programme has given me a broad range of new skills and knowledge regarding fitness instruction that will be of huge benefit in my workplace, personal interests out of work, where I coach and play rugby, and also offers massive opportunities should I seek a change of career and move to work in the fitness industry.”

Thomas has completed his apprenticeship and is now considering undertaking a further learning module regarding nutrition to complement his new qualification. This is a learning course that is also available through FBU Learn.

The employer has been supportive of the program by providing gyms and classrooms where the program could take place. Though they have not provided any time off to study - which given the nature of the job and its shift patterns has required a fair amount of juggling.

Despite this Thomas is keen to encourage colleagues to go down the apprenticeship route and has this advice:

I would encourage people to take the opportunity, particularly if they are interested in a specific subject as I would. Be prepared to have to put the work-in, because the qualifications are substantial but, of course, this gives them huge credibility.”

Ian Dick is Project Support Officer with FBU Education and said that he is really happy with the way members have embraced the apprenticeships being offered by the union.

From FBU Education’s point of view it has been excellent to see our members gaining a worthwhile and useful qualification. Bearing in mind the raised pension age, the reality that Firefighters will now have to work until they are sixty, and the need for a National fitness standard to protect the Health Safety and welfare of our Fire fighters and Control Staff.”

Ian said that the course was challenging because much of the work was had to take into account multiple shift patterns, and in many cases during the Learners time off and rest periods. It covered 23 Fire and Rescue Services throughout England.

Ian praised members the dedication of those who signed up for the course, saying that:

I can only give the highest praise to our Members who worked extremely hard for eighteen months to complete the Apprenticeship and gain the five qualifications, which should assist them both in their professional and personal lives.”

It was a pleasure to work with our Members in the North East and Yorkshire regions and I’m sure I speak for my fellow Project Support Organiser and the Project Team in other parts of the country who are equally as proud of our Members’ achievements.”

Ian is now looking to future and what other apprenticeships opportunities could be available to FBU members. Ian said:

With funding changes and the introduction of the Apprenticeship Levy we would like to see Employers continue to take advantage of the opportunities shown by our efforts to provide their work force and our members with an excellent qualification.”