Every February, the five City and Islington College centres come together for a themed learning week. Recently the week explored issues around climate change and environmental issues. 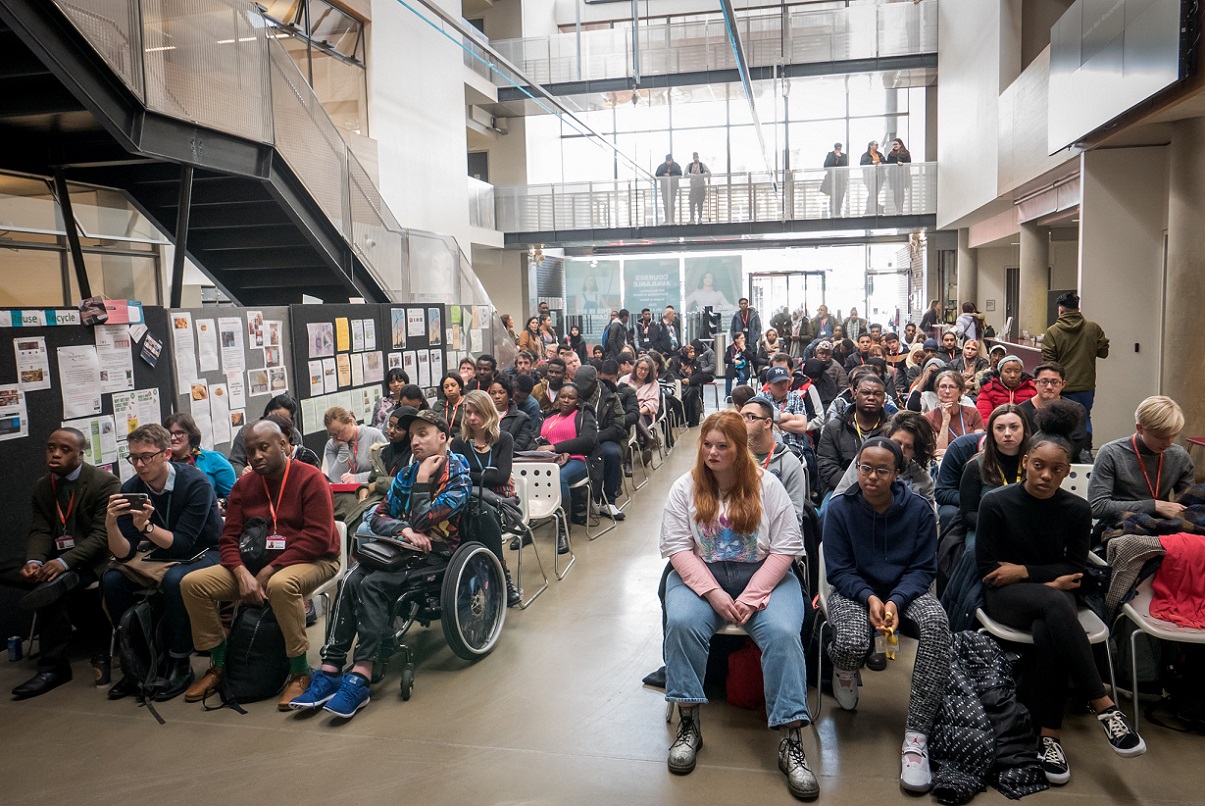 The event, which has run at the college for the last six years, aims to unite different college faculties around an academic or political idea central to today’s life and times.

With the support of education publication TES and the University and College Union (UCU), students and staff tackled the ever-relevant issues of climate change and power. The event is recognised today by over 100 schools, colleges and universities who also participated in their own projects throughout the week.

A few of us got together and thought ‘what can we do just for one week of the year where we all get together and act collaboratively, and see if we can teach an interesting thing?’”

Sean continued, adding that staff are

now more confident to teach these issues and integrate into their teaching.”

The college was pleased with the way that the initiative is reaching out and building partnerships, both inside and outside of their borders and integrating the weeks theme into classes.

Around London, City and Islington College sites supported the mission with their own initiatives:

* Students from the Centre for Business, Arts and Technology students presented their work at the annual Tate Exchange exhibition in Southwark. They also put on a show for staff, fellow students, Chief Executive Roy O’Shaughnessy and local Islington North MP, Jeremy Corbyn.

* Over 100 Performing Arts, Music, Art and Design, and Fashion students (and their teachers) shared their art with the public, during the college’s three-day residency in the Tate’s Blavatnik Building. Students created and staffed artistic installations, ran workshops, told powerful and intensely personal stories, danced, played great music, acted, and provoked the public to think about power in its many forms.

The week successfully brought together the college’s five distinct centres to think about tackling the main issues of a generation. With the themed learning week now a national phenomenon, City and Islington College students can be proud to have sparked an invaluable conversation around not only climate and power, but on how much can be achieved through collaboration and education.

END_OF_DOCUMENT_TOKEN_TO_BE_REPLACED

FEU Training gets creative online
When Covid 19 struck, FEU Training had two options – sink or…
Unite online courses help Jane support her community
Jane is currently volun
Learn with Unite helps Malcolm develop IT skills
Malcolm is Branch Secretary for the Unite the Union South Devon…
Usdaw Academy inspires Val to support learning
Valerie explained:
Breaking through the wall of maths anxiety
Nicky talks about making the journey to breaking down maths…
Lots of learning in store for Bury workers
Sue Sowe, the Mobile Union Learning Rep, and Jeanette Boote
Thinking of becoming a ULR? Learning at Work Week is the ideal time
This week is Learning at Work Week and across the country…
Learning at Work Week show goes on across the East Midlands
More than UNISON 170 members in the East Midlands signed up for…
Copyright © 2020 Unionlearn. All rights reserved.
Copyright © 2020 Corporate+. All rights reserved.