Dan is making use of the Birkbeck discount for trade union members and talks about his experience of going to back to studying. 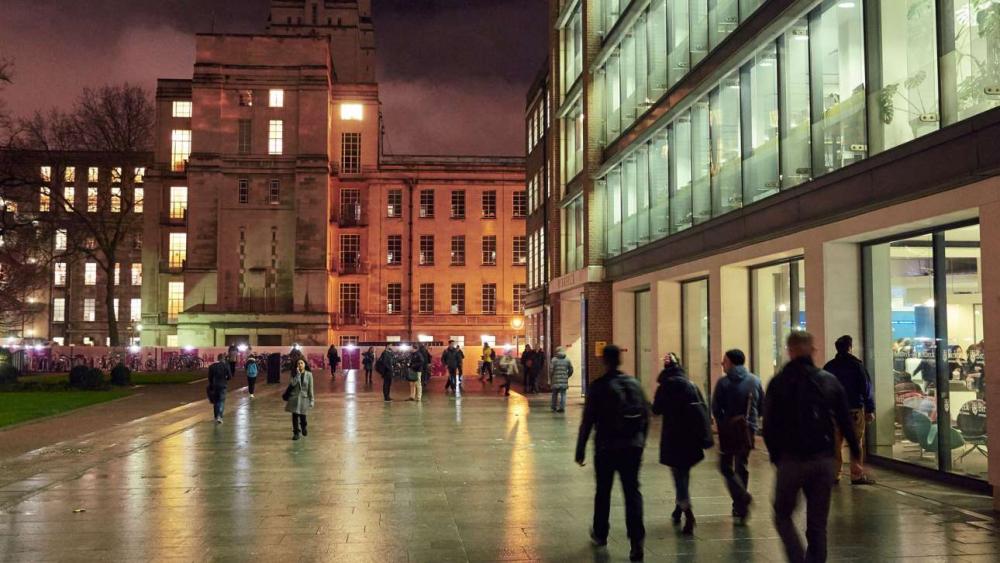 I actually had a decent school career, I went to a grammar school, one of the few areas which still had them. I’m from a working class background and the first in my family to go to a grammar school, do A-Levels, and eventually university as well. So I had a good education but after sixth form I had to find work, my family situation meant I had to start having an income. I became a postman and that was really the last I thought about education for 6 or 7 years.

I became a union member straight away when I started working. That was CWU when I was a postman. I wasn’t really aware of any opportunities for learning at the time but once I actually got active in the union I became more aware, because the ULRs put on classes where they could, basic IT skills and basic Spanish for your holiday.

I eventually became an Industrial Relations representative when I was about 23 or something, about 4 or 5 years after I’d started working for Royal Mail. And through that it was mandatory for all union reps to go on a basic industrial relations skills course, which I think was equivalent to an NVQ 2 or 3.

That was actually a residential course at a dedicated residential learning centre where they run courses for CWU representatives just about every day of the year. They offered a lot of different health and safety and industrial relations courses. That was a week long and then I went back to do the next level. It was all about industrial relations, starting to understand rules and regulations around employment specific to your workplace, health and safety, some presenting and giving speeches. It was useful to the workplace but at the time I was trying to figure out what I wanted to do long-term. It showed me that it wasn’t too late to be in a classroom, lecture hall or seminar which is something I’d completely forgotten about, lost all confidence in my ability to learn.

Going back was really important in my journey to Birkbeck and it really boosted my confidence. The lecturers were really encouraging and I don’t think it was something you could fail but it was a good learning experience. I was able to put into action some of the things I’d learnt afterwards. The collective experience was great as well. I was very young for a union rep, most of them were 10-20 years older than me, so that was also really encouraging as well. After we’d done the first few levels of the NVQ, the CWU were talking about another university where there was a trade union-minded degree. Eventually I wanted to move away from being a postman and went into Management at Royal Mail which is when I joined Unite.

When I started looking at universities I wasn’t aware of Birkbeck, I think I found it through googling part-time degrees and the thing that stood out was that the part-time degree was 4 years as opposed to 6 at the OU. I had a really hard think about what I wanted to do moving forward and decided I’d like to do something with Business. I found the Management School undergraduate pack and read through the degrees and modules, all my research was based on what I found on the website, I didn’t speak to anyone who had been here or anyone representing the university. I don’t remember the application process but I think it was pretty straightforward. It was the only university I applied for, the structure of the course made it this or nothing.

The location of Birkbeck is convenient and there are benefits of being in a lecture hall or a seminar group as opposed to distance learning. I don’t think if I was learning from home that my discipline would be as good. The structure of the courses and the evening learning mean that for those people who aren’t in the position where they can become a full-time student again, being able to do an undergraduate degree whilst working full time is great.

The really good thing about the Business course at Birkbeck is its flexibility. You can specialise after the first year and I found that I really enjoyed the Accounting courses so I chose the Accounting pathway. The most important thing was the evening classes, so I could work at the same time.

Around my third year at Birkbeck, I’d decided I wanted to train as an accountant, so I left Royal Mail and found a job in an accounting and finance position which is where I am now. The degree taught me a lot about the day-to-day tasks of an accountant like book keeping and I did have a fairly senior position at Royal Mail but my current employer took a chance on me as I didn’t have any of that practical experience but I’m glad they did.

Now, once I’ve finished this degree I will be going into a professional position, I should be getting a training contract at BDO, they’re a large accounting firm and that is a graduate position so without a degree I wouldn’t have got that position. It feels fantastic. The ACA training position is 15 exams over 3 years and most accounting degrees offer some exemptions – I should get as many as five because of my degree.

I was nervous about being around lots of 18 year old students but it has been nice going through the degree with other people who are in employment because our experience is very different from those who have come straight out of school into university, being with other adults in full-time employment. As well as the soft skills from my degree, if I had stayed in the union a Business and Accounting degree would definitely have prepared me for a Branch Treasurer route. Communication and presentation experience could also easily be transferred.

It’s tough working and studying. It really requires a lot of discipline. That’s probably the thing that has got me through university and work: discipline. If you’re in a position where you’re tired and stressed then university is going to be what gives because you need your pay check at the end of the day. Discipline is more important than motivation.

I say to people who have been in work and have had a gap since being in education and for who it’s unthinkable to go back: you could have a vastly different experience, you’ve changed so much since then and university is very different from school in terms of the classroom experience. And you could gain so much. It’s a huge step to return to university while working and you’ve got to be sure you’re doing the right thing. It’s a big commitment and people need to understand that. But it makes you feel great that you’re achieving something when those exam results come out and you’ve passed, knowing you’re building this better future for yourself. That’s such a great feeling and makes all the late nights and the stress worth it in the end.

Details of the discount for union members at Birkbeck.

Dan Free is a CWU member who is in his 4th year studying for a BSc Business and Accounting at Birkbeck University. Dan is making use of the Birkbeck discount for trade union members and talks about his experience of going to back to studying.

END_OF_DOCUMENT_TOKEN_TO_BE_REPLACED

Engage: taking control of your career
Lucy Thompson tells us about Enginuity's Engage learning…
END_OF_DOCUMENT_TOKEN_TO_BE_REPLACED
Unionlearn prepares for Autumn Festival of Learning
The Festival will feature high profile events such as the…
Learning and Skills policy update - August 2020
This edition of the newsletter includes updates on: the…
Covid risks unemployment crisis for older workers
A new report from the Centre for Ageing Better and Learning and…
Working from home through lockdown
Like many people BFAWU Project Worker Kamran has been working at…
Stephen gets creative following PCS online training
PCS member Stephen Levy recently took part in one of the s
Unionlearn publish 2020 annual report
The report, entitled “Making Skills and Learning Work”, comes at…
Unionlearn Annual Report 2020
Over the past year union learning has continued to open up…
Copyright © 2020 Unionlearn. All rights reserved.
Copyright © 2020 Corporate+. All rights reserved.