Keeping on an even keel in trying times

Author James Withey has helped countless people improve their mental health through his Recovery Letters project. Now he’s written a new book on managing depression, which has a lot to teach us all during the current crisis. 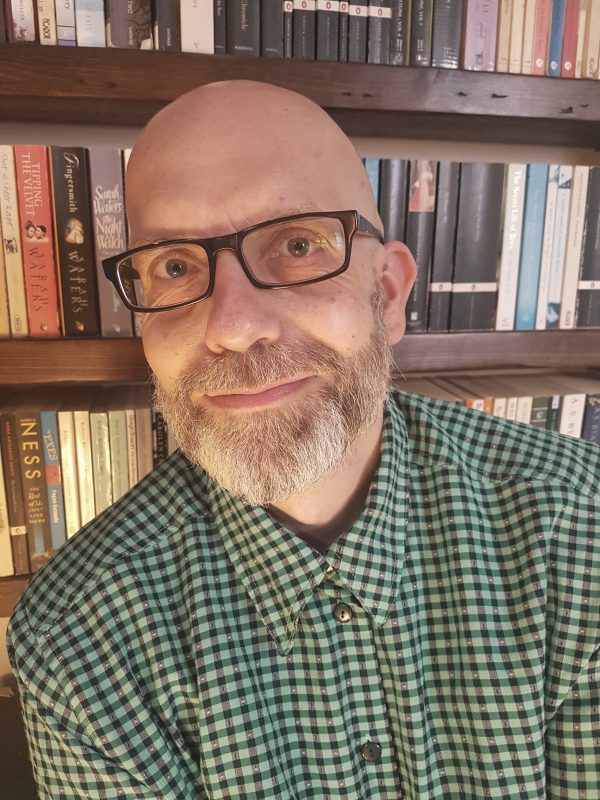 A couple of weeks after the start of the lockdown James was out on his daily walk around Brighton when he spotted something that made him smile: a pair of pigeons splashing around in a puddle.

As someone who has lived with depression for many years, James has learned that moments of joy like this may be small and may be fleeting but paying attention to them can make a massive contribution to remaining on an even keel in trying times.

I write these moments down now because these are the things that help us through times like these: they really are the stuff of life even though they are often the things you wouldn’t have noticed normally.”

Although James was formally diagnosed with clinical depression a decade ago, he has been living with mental health issues for almost as long as he can remember. First visited by suicidal thoughts during his early teens, it was only much later, when the pain grew so great that he attempted to take his own life, that he began to learn what he was really dealing with.

It was not until I was sat with a psychiatrist 10 years ago who said, ‘This is clinical depression,’ that I realised I was really unwell.”

It seems crazy now but I didn’t take on the diagnosis before then because of the stigma that was holding me back.”

After he was admitted to Mill View Hospital in Hove, it was the compassionate care at the Maytree respite centre in north London that helped James survive that suicidal crisis.

But when he went looking for stories of recovery, all he could find were huge, forbidding tomes by specialist practitioners and nothing by people who had been taken to the edge by their depression – and still managed to get through.

What I wanted was to hear stories of hope and recovery and what people did to carry on and live their lives and I couldn’t find anything like that.”

That was when he first set up The Recovery Letters website, through which people suffering from depression can read letters from people who are recovering from it.

He wrote the first letter himself and then set about securing more contributions from people he knew and from people he didn’t via social media. It was when mental health charity MIND re-tweeted his call for contributions that researchers on the Radio 4 programme All In The Mind found out about the project and invited him on to talk about it.

As the letters arrived, James would work with their authors to help them refine how they told their stories, to make sure that they included some material about their own mental health experiences and always ended on the hopeful note that is the hallmark of the project.

They were all incredibly moving: people made themselves very vulnerable to write these letters.”

The success of the website led to a book deal with Jessica Kingsley. The paperback, co-edited with Olivia Sagan, has become part of the Reading Agency’s Reading Well for mental health reading list and was part of the World Book Night reading promotion scheme in 2018.

From the beginning, I always wanted it to become a book because having a physical object you can take around with you is a very different experience from reading a screen – it’s like a comfort blanket."

I still look at the book a lot: I read it on the train when I came to talk at the unionlearn health and wellbeing event and it’s incredibly moving – the compassion and the hope in those letters is just unbelievable.”

And now James’s new book, How To Tell Depression To Piss Off, is arriving just in time to help all of us look after our mental health during lockdown and beyond.

Like The Recovery Letters, the new book is made up of short chapters of personal testimony. But this time, the material is all James’ own. And the choice of title is a pointer to how he’s approaching the subject from a slightly different angle.

If I’m talking about suicide and the depths of my painful soul the whole time, it’s going to be a hard read, so without dismissing the seriousness of depression, I thought ‘Let’s present this in a more light-hearted way’.”

Which brings us back to the pigeons in the puddle. James is hoping, once we emerge from the worst of the current crisis, that we find a way to hang on to the positives that many people have been able to experience while furloughed or working from home.

I hope we’ll look back on this period and go, ‘It was a really difficult period but I had time with my kids or my partner and I was able to have quiet moments in the day’ and I hope that does make people reflect about balance, I really do.”

This article first appeared in the Summer 2020 Learning Rep.